Remnants is the thirteenth studio album by American country pop singer LeAnn Rimes on her new label RCA UK. It was released exclusively in the UK and Europe on October 28, 2016. "The Story" has been released as the album's first single and is the first track as well. A Deluxe edition was announced and the official cover was also released on September 9, 2016. "How to Kiss a Boy" was released as a the second single along with pre-ordering of the album.[1] "Long Live Love" was released as the album's third single and the lead single in for the United States on December 2, 2016. The album was released in the United States on February 3, 2017.[2] 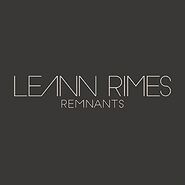 Teaser cover
Add a photo to this gallery

Retrieved from "https://leann-rimes.fandom.com/wiki/Remnants?oldid=8658"
Community content is available under CC-BY-SA unless otherwise noted.